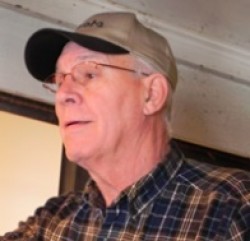 Don is a 4th generation Grass Lake, GLHS class of 1962 graduate. After graduation worked in Grass Lake, as well as in Chelsea, as an auto mechanic, before going into the business world in the service station business in Jackson. He also worked as a fleet mechanic for the Coca-Cola Company, before joining a Power Equipment Dealership and in 1979 purchased and operated that Power Equipment (tractor) dealership in Jackson, for 35 years, with his son and wife, retiring in 2014.

Don served for many years on the Grass Lake Township Planning Commission and as well on the Township Board.

He enjoys collecting and restoring antique Farm & Garden tractors, and working with the other volunteers restoring items for the Lost Railway Museum.