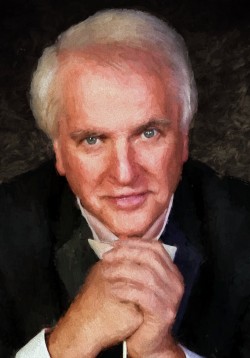 With degrees from Northwestern and Yale universities, Stephen Osmond held professorships in music at SUNY Albany and the University of Michigan. In 2017 he retired as Conductor Laureate for the Jackson Symphony Orchestra where he served as Music and Executive Director for forty years. In addition to leading fine concerts of music from the Baroque to Contemporary eras in venues ranging from concert halls to school cafeterias, the orchestra conceived and developed numerous programs to reach all members of the community. These programs included the Community Music School, Community Strings Ensemble, Pied Piper Series and the Summer Pops Series. Also unique was the fact that during those 40 years there was never a season with a fiscal deficit.

In addition to attracting some of the finest musicians in the area to perform in the orchestra he also hosted some of the finest internationally recognized artists of the time: Ralph Votapek, Grant Johannessen, Ian Hobson, Willilam Warfield, Dizzy Gillespie, Tito Puente, Ed Asner and the Indianapolis Ballet. In addition, the orchestra was invited to tour nationally with the Mannheim Steam Roller and Anne Murray and regionally with the Manhattan Transfer. Fully staged ballets and operas often featuring his wife Melissa, became regular occurrences in the repertoire. Another rare accomplishment for the orchestra is that during those forty years under his direction, the organization never once had a deficit.

Osmond often lauds Jackson as a perfect place to have a career and raise a family. His involvement in local activities involved membership on 7 boards including 8 years with the Jackson Public School Board and the Jackson Chamber of Commerce. He shares the success of the orchestra with an outstanding Board of Directors and Symphony Guild who, through the years, provided guidance and relentless efforts in finding support for all the many activities.