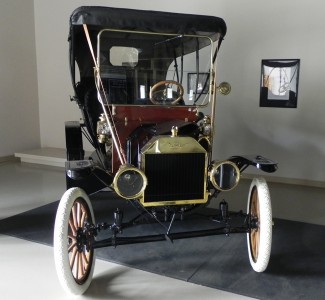 In the fall of 1908, the first production Model T Ford was completed at the company's plant in Detroit. Between 1908 and 1929, Ford built some 15 million Model T cars. The first Model T sold for $825.00, but by the time the Model T went out of production in 1927, the price had been reduced to $ 360.00. And by that time, multiple car companies existed cranking out vehicles that were relatively modest in price and provide the flexibility to go where you want to go, just about anywhere, and, a just about whenever you wanted to. No waiting at the interurban waiting station for somebody elses scheduled stop. Click the video to see and hear more on why this car is included at the Lost Railway Museum.