Another of our displays of cars built by the St. Louis Car Company, this car was operated by the San Diego Coronado Beach Railroad in 1888 until 1896 when 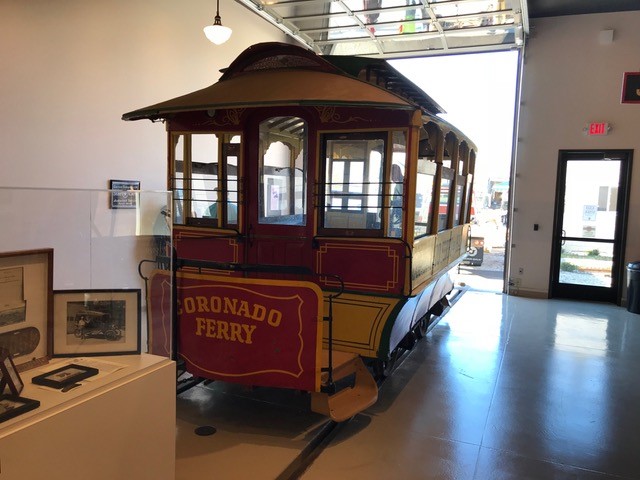 electrification took place throughout the country. Around 1959 the Railway Historical Society of San Diego acquired a St. Louis car body, minus the platforms and under carriage from a backyard in the Chollas Valley loop of the Sd&AE's El Cajan branch that was converted into a small shed and taken to El Cajan for safekeeping.

In the mid 1960's Charles Verdi of the Railway Historical Society of San Diego restored the San Diego horsecar #43 by the year 1984. The horse car was later purchased by the Bothwell Automotive Museum in Los Angeles. On November 11, 2017, the Bothwell collection of vintage race cars along with five horsecars were auctioned off by the Bonhams Auction Co. Alex Pollock was the winning bidder of the San Diego horsecar that now resides on loan at the Lost Railway Museum. This horsecar appeared in the movies Hello Dolly and the Disney movie Newsies.